Standardised crash tests are developed in order to be able to evaluate, declare and compare charachteristics and performance of different vehicle restraint systems. Most countries are strict on which crash test standard they required vehicle restraint systems to be developed and approved according to. Over the years, two major approaches have emerged: on the one hand the European EN 1317 (EN 1317-1, -2 & -5), and on the other the American NCHRP 350 as well as MASH, Manual for Assessing Safety Hardware, which is in the long run intended to completely replace NCHRP 350. Generally, these standards are embraced all over the world - often in combination with local and/or national requirements.

SAFENCE wire rope safety fence systems are available tested, approved, classified in accordance to all of these sets of standards.

In Sweden where SAFENCE once was born, we are governed by the European EN 1317. As an addition, the Swedish Road Administration published TRVMB 350 describing classification, performance requirements and crash test methods covering slope barriers.

Impact severity assessment indicates the level of violence a vehicles occupant is typically exposed to in a standardised collision. Laws of physics imply that more flexible and resilient barriers in general will cause lower levels of violence to occupants of a vehicle depending on the way that the energy is absorbed by the barrier over a longer period of time than what is the case with more rigid equipment.

Working width, or similarly dynamic deflection, typically represents the level of rigidness of the barrier. It is a measure of how much space is needed behind the barrier in a standardised crash test.

Current European crash test standard is denoted EN 1317-2:2010. A choise of key elements are presented in tables below: 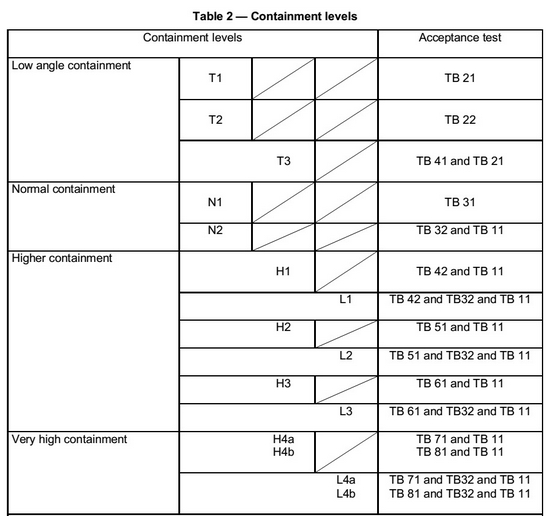 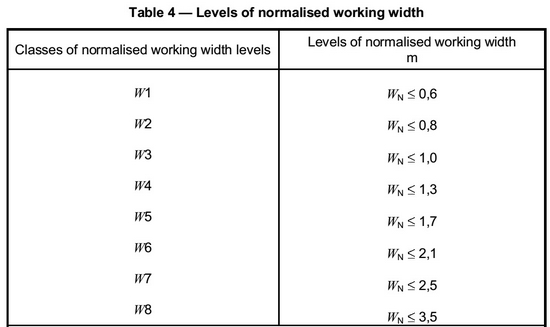 Current version of Manual for Assessing Safety Hardware was published in 2016, MASH 2nd edition. A choise of key elements are presented in tables below: 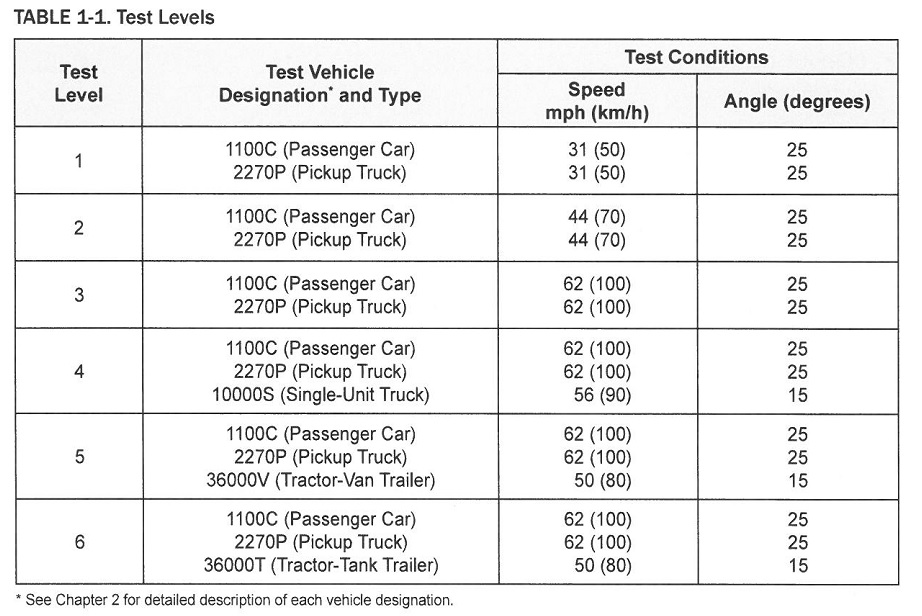 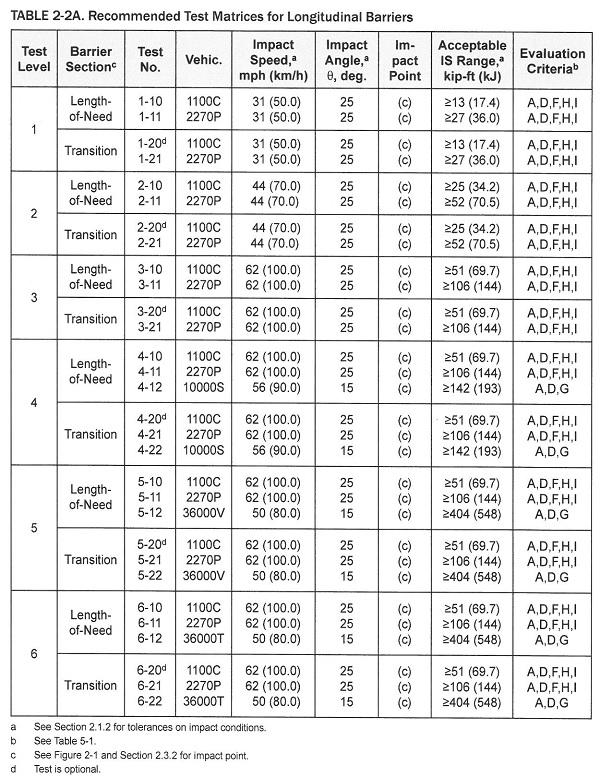 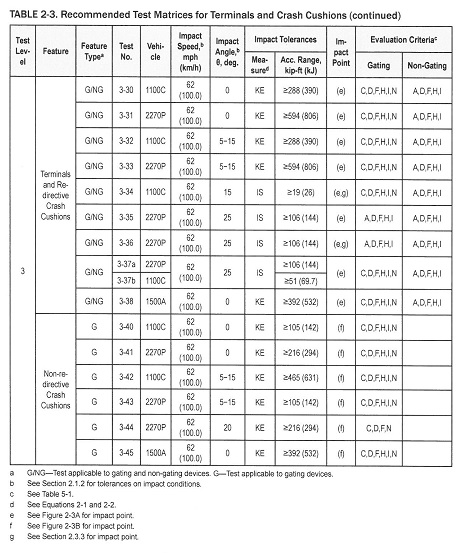 Current version of National Cooperative Highway research Program Report 350 was published in 2009. NCHRP 350 is intended to be fully replaced by MASH over the years to come.